Devin Crosland, an adult entertainment performer who goes by the name ‘Clare Apparently’ when he dresses as a woman, brought his unique role model to the Ft. Vancouver Regional Library Feb. 9th

I know because my wife, my 9 year old daughter, and I were there.

Not inside, but outside the library with a sign that simply read ‘Inappropriate for Kids: Drag Queen Story Hour’.

Last week, I took my daughter to the library, she signed in on their computer, went to YouTube and searched on ‘Clare Apparently’. A video popped up about ‘The Magic School Bus and Ms. Frizzle’. At this point I sent my daughter to the children’s section of the library. In his performance ‘Clare Apparently’ as Ms. Frizzle flirts with a cardboard reproduction of the TV show’s school bus until assistant holding the bus presents a life sized imitation of a male reproductive organ. Your role model then simulates a number of increasingly explicit sexual acts with the object, as the audience cheers, ending with lifting up his dress and multiple attempts of mimicked anal penetration.

Any child who saw him Feb. 9th, can access YouTube on a computer or smart phone and type in the name of their new library approved role model, can view it, even on library computers.

Dylan Pontiff, a drag queen who helps organize Story Hour admitted “This is going to be the grooming of the next generation”.

Quote: “We shall seduce them in your schools, they shall be recast in our image, they shall come to crave and adore us”

Quote: “I am here to tell you, All the time I said I wasn’t indoctrinating anyone with my beliefs about gay, lesbian, bi, trans, and queer people, was a lie. l have come to indoctrinate your children into My LGBTQ agenda and I’m not a bit Sorry”.

The average voter looks for a reason to vote ‘NO’ on any increased taxes. Don’t give them one.

This is a Pledge to vote ‘NO’ form on any tax for the library until ‘Drag Queen Story Hour’ is removed. I’m told there’s a small army who will get signatures.

Margaret Mead said: “Never doubt that a small group of thoughtful committed citizens can change the world. Indeed, it’s the only thing that ever has”.

The American College of Pediatricians has previously warned: “Conditioning children into believing that impersonation of the opposite sex is normal and healthful is child abuse’.

Why is the American Library Association fueling this new form of child abuse ?

You can protect the children of Clark County and be a hero… or the voters will, 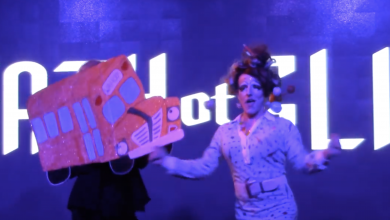 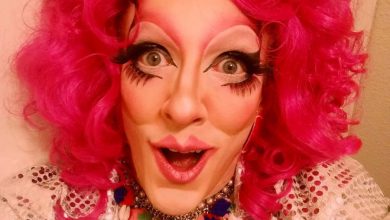